CLEVER Global, a technology services and outsourcing company specializing in contractor and subcontractor control management for employees, machinery and vehicles, provides Documental Management and Validation services for Isolux Corsán for the construction of a viaduct in Asunción (Paraguay) through its online platform SerCAE.

The viaduct will be located at the intersection between Madame Lynch and Aviadores del Chaco Avenue to improve the connection between Silvio Petirossi Airport and the city centre of Paraguayan capital. The works will comprise of an overpass, an underground tunnel and a roundabout to reduce decongestion in this area with has over 200,000 vehicles passing per day.

It will involve the intervention of both CLEVER Global and Isolux Corsán, the company who has been awarded the tender by the Ministry of Public Works and Communications of Paraguay. The project is estimated to end in March 2017 with the SerCAE remote support management being given by CLEVER Argentina, this giving the possibility of a new CLEVER office being opened in Paraguay.

This collaboration with Isolux Corsan means a “success” for CLEVER, according to Borja Menéndez, General Manager of CLEVER Argentina: “It is not just about confiding in CLEVER to work in four continents (Africa, Asia, America and Europe), but it also expands CLEVER´s presence worldwide”, opening the prospect of a new subsidiary to join the 10 subsidiaries the company already has in Chile, U.S.A., Mexico, Peru, Columbia, Brazil, Honduras, U.K., Uruguay and Ecuador). 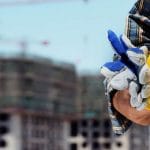